Joel Joseph became Afewee’s first National Champion on Sunday 16th April, winning the Cadet 75 – 80 kg category at the tournament held in Liverpool. Joel has been working with Head Coach, Bobby Miltiadous, for just under 1 year, training sometimes 5 times a week. All the hard work has paid off, and Joel has proved himself to be the best 15 year-old in his weight division in the country. This is no mean achievement, and will inspire other young people to believe that they too can reach their goals and live their dreams, if they work hard, focus and develop self-discipline. Very well done Joel! 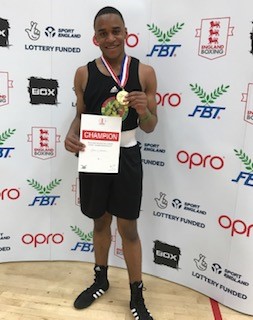